In June of 1991, Dave Shoots opened a modest local used car dealership at the corner of King George Road and Elmwood Drive where he quickly earned a great reputation in Brantford for selling quality vehicles at a competitive price. 6 successful years later, Hyundai presented Dave with a franchise opportunity that he could not turn down. 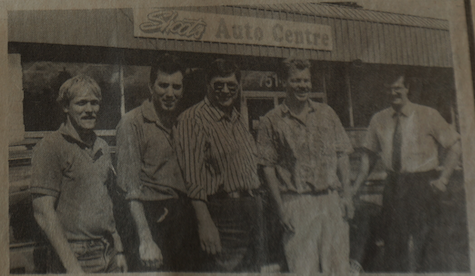 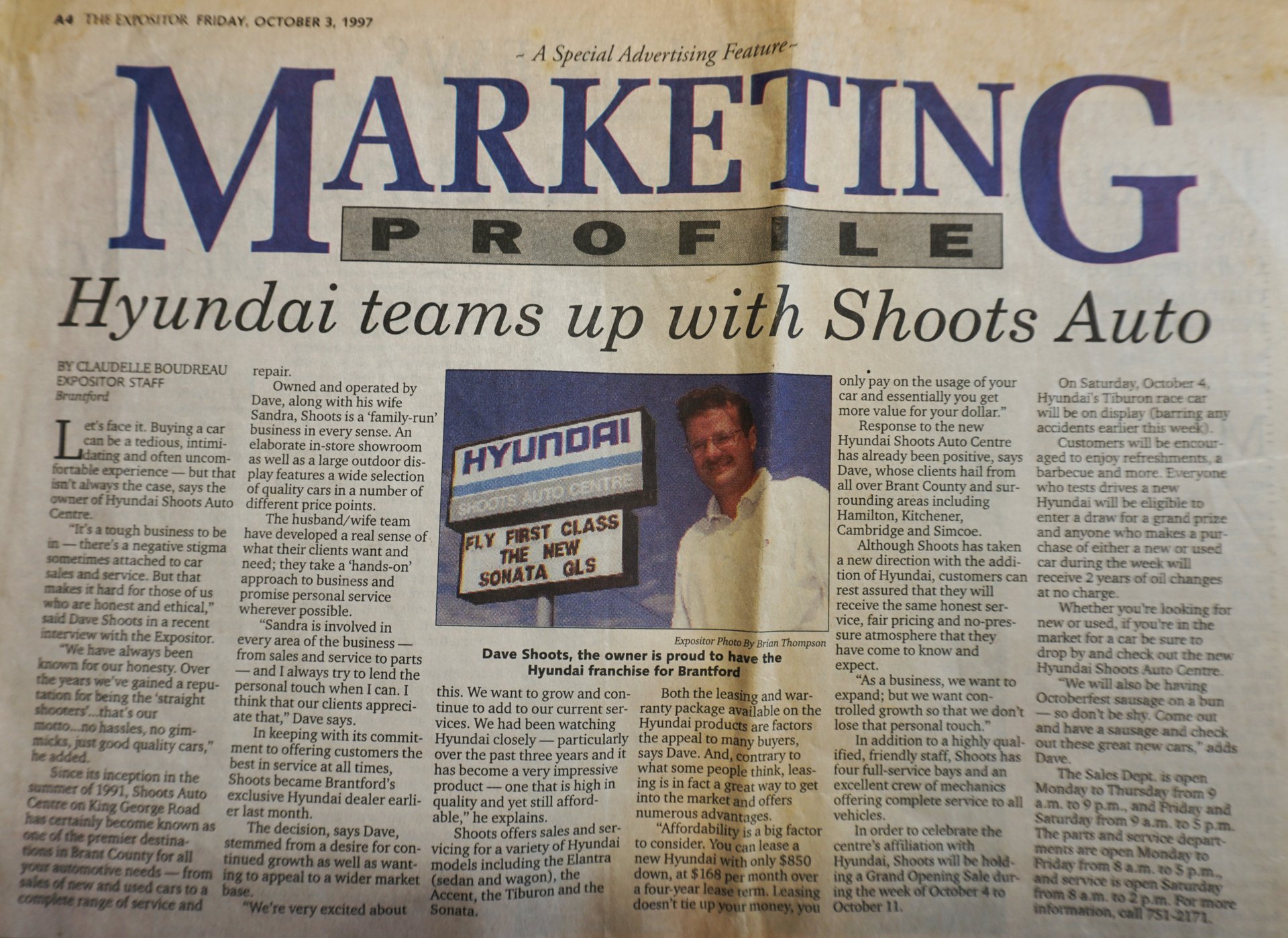 The Hyundai dealership grew rapidly and moved up the road to its present location here at King George Road and Powerline Road in 2005. Now over 25 years later, Dave is very proud that his son Jeff Shoots has taken over the majority of the operations. Dave also takes pride in creating a business that is family-run and oriented as many of his family members work(ed) here. Like family, Dave attributes much of his success to his second family, the loyal staff that have been with him for many years. Some of Brantford Hyundai’s dedicated staff have been here for 16-26 years.

Throughout the years, Dave’s community involvement was monumental and he continues to contribute and donate to various charities, groups, and causes. These include: Brant Community Health System Foundation, local youth sport teams, Northridge Golf Course, Brant United Way, Brantford Food Bank, Boy Scouts of Canada, Kids Race for Autism, and more! Closest to his heart (and lungs) is his immediate relationship with The Lung Association as Dave has contributed a generous amount to this non-profit organization over the years. Dave’s contributions to The Lung Association also include sponsoring the Spring Tulip campaigns, Phyllis Gretzky Golf Tournament, Walter Gretzky Street Hockey Tournament, and donations of sales from the dealership. 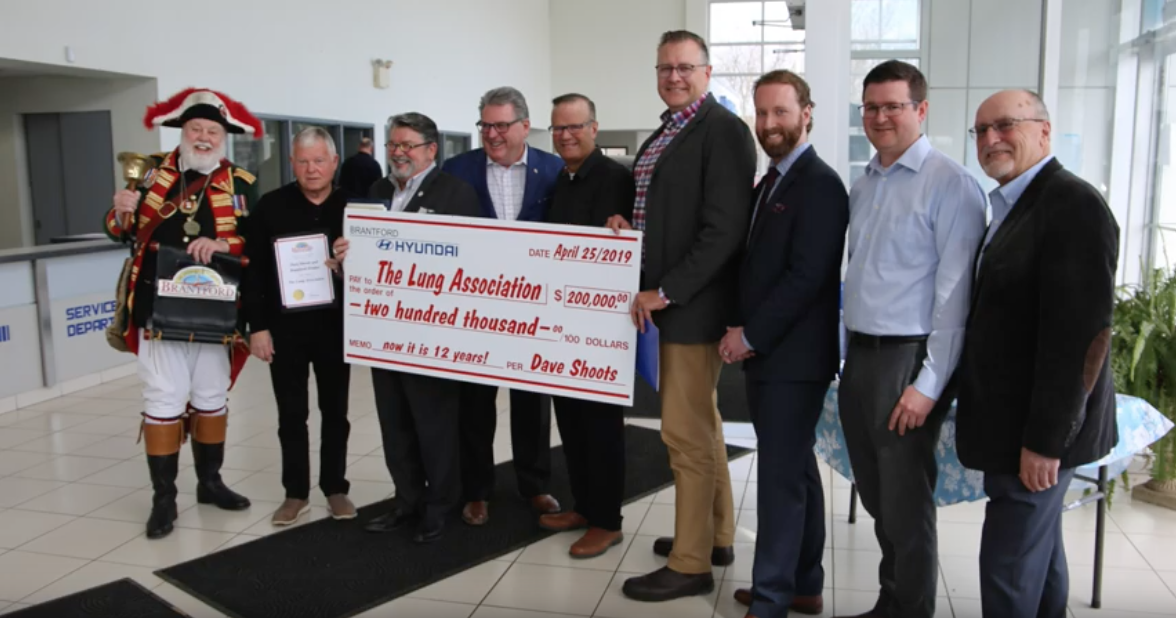 Since November 2018, Brantford Hyundai has been undergoing major renovations with their primary goal in mind: continue to serve customers better and faster. The renovations are expected to be completed early 2020 and includes a modern state-of-the-art showroom that adopts Hyundai’s new global brand and image. 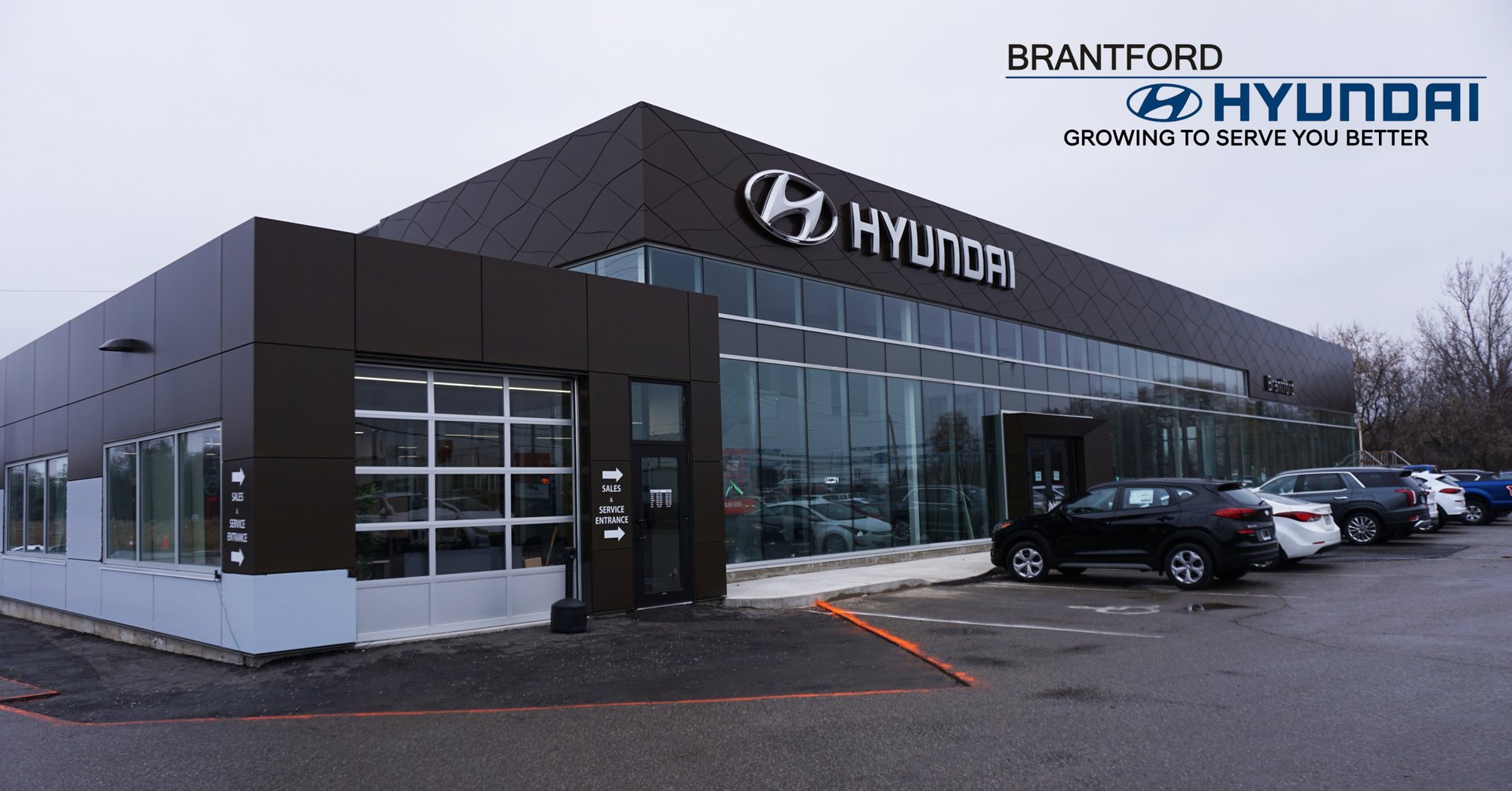 Brantford Hyundai has grown into a premier full service, family-owned and operated sales and service automotive center that serves the Brantford and Brant County Area. Stop by and check out the extensive line up of new Hyundai's and quality pre-owned vehicles or book an appointment with one of our dedicated service advisors today!

Your message was successfully sent!

Thanks! A representative will contact you shortly to present your with your credit potential.

COVID 19: We are now available only for urgent service needs. Sales staff available online and by phone. Click to read update.
Your request was sent successfully!

Brantford Hyundai wants to thank you for your request. Someone will contact you shortly.

×
Continue
Your request was sent successfully!

Brantford Hyundai wants to thank you for your request. Someone will contact you shortly.

A potential customer who visited your website has completed an online form on the following page {$CUSTOMPAGENAME}: